My crime unfurled like a Clue accusation: Maura Church, in the living room, with the remote control. My eyes glued to the TV screen, I hardly noticed as my mom crept into the room. “Are you watching Sex and the City?!” she screeched. I was trapped.

Growing up in a household of strong women—my mom a dedicated pediatrician and my older sister a smart and snarky feminist—I was taught early on that women should be opinionated and independent. By the time I was a teenager, I considered myself a feminist, and by age sixteen I was writing research papers on lesbian feminism in the sixties and subscribing to the feminist publication Bust. It went without saying, then, that Sex and the City was the most chauvinistic, anti-feminist show on television. My mom slashed the show’s women-as-sex-objects story lines and its racy content. Yet there I sat, remote in hand, hanging on to Carrie Bradshaw’s every word as she described, yet again, the problem with Mr. Big. 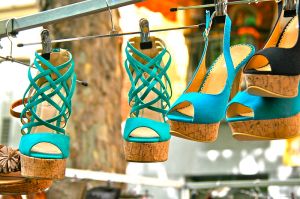 I knew that I might get caught. My mother had told me many times that the nudity in the show was grossly inappropriate for a tenth grader, and that the show’s singular focus on taking men to bed was grossly inappropriate for a young feminist. Yet caught red-handed, I struggled to spit out my reasoning. “Y-y-yes,” I stuttered, “It’s…actually not that bad.” My argument was failing quickly. “You see, Mom,” I attempted, “The writing is actually quite good. It’s…funny.” My mom rolled her eyes, but stood in the doorway watching for a few minutes, her anger soon transforming into interest. Enraptured by the plot and chuckling at Miranda’s puns and Samantha’s saucy attitude, my mom began to enjoy the previously sinful show.

I had always thought that Sex and the City and feminism were mutually exclusive—to subscribe to one meant a base hatred of the other. Yet I discovered that the show can easily resonate with a young feminist. Rather than believing in the radical feminism of decades past, I see myself as part of an identity-driven movement that strives for awareness and discussion. For me, feminism is not one-size-fits-all, but rather, individualistic—women and men can create their own variations of the ideology to their liking.

American media, from magazines to movies, had taught me that women either had to be ditsy and sexy, or intelligent and awkward. Yet Sex and the City does not relegate women to these two extremes. The show enhanced my knowledge about the complexities and dichotomies of feminism through its portrayal of vastly different characters, each with their own philosophy about life and love. Sure, I role my eyes when Samantha insists, “Who we are in bed is who we are in life,” and I criticize Carrie’s obsession with shoes and shopping. Still, there is deeper meaning in many of the episodes: Miranda hiding her Harvard education behind what she thinks to be a “sexier” degree, Carrie questioning marriage and monogamy, Charlotte’s struggle with changing faiths. Even if each woman ends up (spoiler alert!) paired with a man by the end of the series, this long-term companionship is not anti-feminist.

For me, Sex and the City simply became a part of the discussion I was having with myself about feminism. When I found myself wrestling with tough questions, such as how to be an independent woman without being controlling, I could turn to Carrie Bradshaw for witty but thoughtful answers. Or, when I simply needed some comic relief from the intense ageism and dating debate occurring on feminist blogs, Samantha Jones, courted by a 72-year-old, was there to provide a laugh.

In the end, my crime went unpunished. I am, however, a repeat-offender—I watched the entire series straight through over the course of several months. While my interest in the show began as an interest in its addictive story line, I found a deeper conversation lurking beneath Samantha’s pink sparkles. I am woman whose feminist ideology is equal parts Carrie Bradshaw and Gloria Steinem, a person who is as interested in Charlotte’s search for love and she is in the future of women in politics, a feminist who—gasp!—watches Sex and the City.

One response to “Sex, the City, and the Feminist”